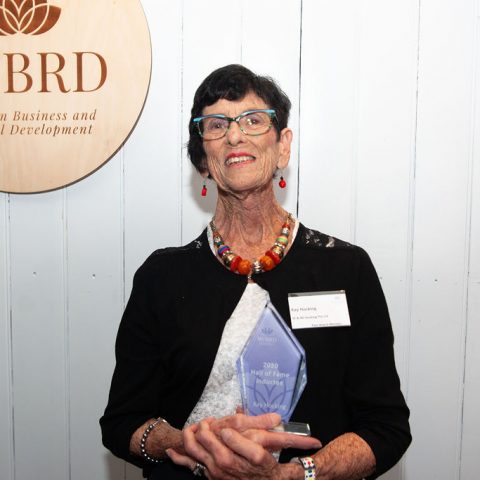 Kay served on the committee from 1998 to 2003, she is a member of a family farming business with strong interests in community, rural industry and personal development. Although semi-retired, she likes to think of herself as the relieving financial officer and PA to the senior managers.

Kay has been a Lucindale District Councillor for the Townsend Ward and was one of the first two women elected to the Lucindale Council. Along with her husband Rex she is heavily involved in the organisation of the South East Field Days in Lucindale.

An accomplished working kelpie trainer, she has co-hosted a working dog schools to raise funds and awareness for mental health organisation Beyond Blue. Along with Rex she also co-hosted an Australian Working Kelpie training clinic in the Netherlands.

For Kay, Women in Business and Regional Development means leadership and inspiration, support and friendship and an innovative commitment to the development and promotion of our region. She still has a keen interest and involvement in the encouragement of women to take on leadership and decision-making roles and devotes some of her time now to following the achievements of her grandchildren.