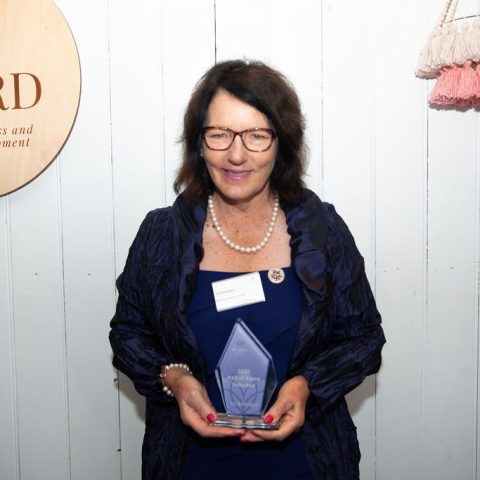 In her 14 Years of contribution to the network, she championed for women working in rural isolation. She was named 1999 SA Enterprising woman of the Year and was named on the 2008 SA Women’s Honour roll. Liz’s passion to make a difference to her world has taken her to Spain, South Africa and England and Europe, where she was a voice for Australian rural women.

Whilst in South Africa, Liz volunteered at the Women’s Business Centre, helping to market hand embroidered products and selling what equates to 10,000 weeks of food for a Zulu family.

She has volunteered on countless community committees and is currently an Executive Member for South Australian Women’s Gatherings.

But it’s not all work for Liz, she and husband Bruce have children and grandchildren living in 3 different states, so they travel a lot. Liz also likes to play golf, although she describes it as a hit and giggle affair.