MORE than 100 people from across the region celebrated the announcement of the inductees to the Women in Business &amp; Regional Development Hall of Fame on Friday the 28th February 2020 at the WiBRD 2020 Launch at the Commodore on the Park.

Hosted by WiBRD Board Member Liz Rymill, the evening was a great success as the network launched the year. Initiated in 2016, the ‘Hall of Fame’ has been developed to pay tribute to individuals for their contribution and continuous influence towards Women in Business &amp; Regional Development. As she introduced the Hall of Fame proceedings for the evening, WiBRD Board Members, Toni Vorenas reflected that she couldn’t help but ‘”feel inspired and a little bit overwhelmed”, further adding that “as women we are curators for future generations, and we are connected by a narrative that resonates regardless of the era. It’s important to remember these connections, to keep the continuity of our story and our collective wisdom, to celebrate and reflect on what we have inherited from the women who came before us.”

Past Hall of Fame inductee Wendy Richardson presented the trophy to the inductees that were part of the founding committee of Women in Business &amp; Regional Development Liz Ballinger, Nancy Withers, Jan Kentish, Kay Hocking, Maureen Andrews, Janice Nitschke and Helen Stock who were all in attendance and were interviewed by Toni Vorenas. There were celebrations all round as the women were inducted. The final inductee on the evening, Di Ind was then introduced. In announcing Di, Toni Vorenas commended her on her passion and dedication to the network “For three decades Di has influenced and inspired women to be their authentic self. She has put her stamp on WIBRD and her legacy is a series of acts of generosity”. Di was on the Women in Business &amp; Regional Development Board for 6 years, with three acting as the Chair of the network. Now retired from the Board, Di is still very much involved in the network. Di is an avid contributor to her community she was also the first non-indigenous board member for Pangula Mannamurna, is currently chair of Four Reasons Why, on the committee of Stand like Stone &amp; involved in countless fundraising committees.

In her Chairman’s address, current WiBRD Chair Jacinta Jones and thanked the many Partners that enable the network to be viable and announced Flinders University, New Venture Institute as the new WiBRD major Partner in 2020 who was represented by Callena Rawlings, their Regional Manager of envision Limestone Coast.

Acknowledging the Hall of Fame inductees, Jacinta went on to mention “as a board we feel that it is imperative know our story and to recognise the beginning of this story”. In her address Jacinta presented to the community the WiBRD strategic direction with a renewed focus on developing the capabilities of regional women.

It’s a busy month for Women in Business &amp; Regional Development who are also hosting an International Women’s Day Breakfast at the Main Corner on March the 6 which features a live stream from the Adelaide IWD event which is the largest in Australia.

Please find some of the great photos from the Launch HERE Women in Business & Regional Development are currently seeking recommendations from the community for potential inductees to the WiBRD Hall of Fame. As such we… 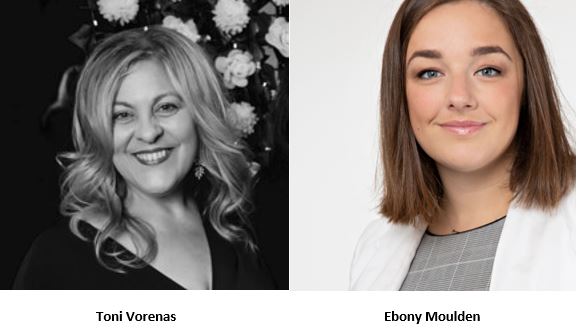 Women in Business & Regional Development are pleased to announced two new interim Board Members to the Board. Toni Vorenas of Metro Bakery & Café… © 2021 WiBRD | Developed by The Automation Girl

Please confirm you want to block this member.

You will no longer be able to:

Please note: This action will also remove this member from your connections and send a report to the site admin. Please allow a few minutes for this process to complete.

You have already reported this
Clear Clear All